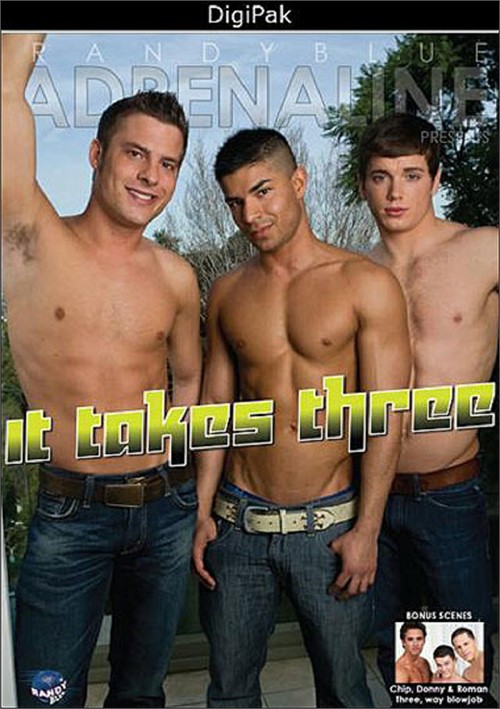 This collection of threeways will get you off and still leave you hungry for more. The puppet master sits back and enjoys the show as he instructs his playthings to perform. Making them kiss, work each others’ bodies until their cocks are hard and dripping with the anticipation of their master’s next words. Christian Sharp sheds his usual boy next door image and becomes the controller. Dominating his new toys with an authoritative voice and intense sexual energy. Brett Swanson and Riley Price are Christian’s eager minions, getting off on being told what to do and hoping to please the man who’s directing them.

Dallas Evans, Nicco Sky and Xander Scott, three incredibly hot guys set up in a beautiful house left to their own devices. Nicco looks hotter than ever with his smooth caramel skin, deep sexy eyes and huge fucking cock. Xander wastes no time in getting that dick deep down into this throat and the look on Nicco’s face proves how good it feels. And Dallas seems to just get sexier and sexier. Nicco was caught a little off guard as he was blowing Dallas and Xander started ramming his tongue deep into his hole. Suddenly he was getting it from both sides and when he yelled out ‘fuck’ you could see him almost quiver in total ecstasy and almost shoot his load right then and there. Then Dallas turned himself into a human vibrator and gave Nicco a jackhammer fucking he won’t soon forget.

When Malachi Marx, Nick Hurley and Sean Everett got together to play some video games things really heated up when they decided that the winner should get to fuck the losers. Who knows if Malachi figured out the other two were both giving up the glory of victory for the passion of the ass ramming and honestly, he didn’t seem to care. When you have two gorgeous guys like Sean and Nick going all ass-in-the-air for you, it’s not really a time to ponder things. And Malachi knew better. He got all into it with both of them. And the look in Sean’s eyes when he gets to be piggy in the middle with Malachi fucking his ass and Nick fucking his face is just priceless.