“Johnny Hazzard is settling in for a good night’s sleep, but his sexually charged dreams are making him restless. In his first dream of the night, Luca DiCorso and Eddie Diaz are making out with one another in silhouette. The two take turns sucking on one another and exploring each other’s bodies until they are both rock hard. Luca bends over for Eddie’s thick cock and moans as he takes every inch of it. Johnny’s dreams continue with T.J. Young lounging on a blue leather sofa. He plays with his cock and beckons Chad Savage to come to him. Chad expertly sucks T.J.’s rock hard cock and then tenderly kisses him. T.J. pulls Chad’s cock out of his briefs and eagerly sucks him off. T.J. straddles Chad’s cock and rides him until is ass is loosened up. Then he bends over to take Chad from behind. Johnny’s dreams take him to a candy shop where Tory Mason, Emilio Sands and Jan Fischer are caressing one another. The boys take turns kissing, sucking and licking each other until all of their dicks are rock hard. Emilio is the first of the three guys to give up his ass and he winces as he takes on Tory’s cock. Jan bends Tory over a barstool next to fuck his smooth ass. Completely turned on by his hot dreams, Johnny begins to stroke his cock. Then, Johnny’s own dream man, Trent Atkins, appears to help get him through the restless night. Trent services Johnny’s hot cock and then lets him fuck his perfect bubble butt.” 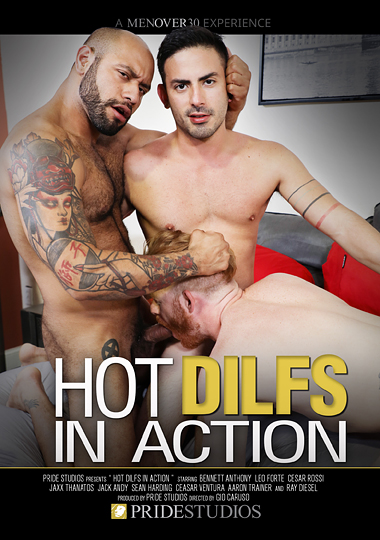